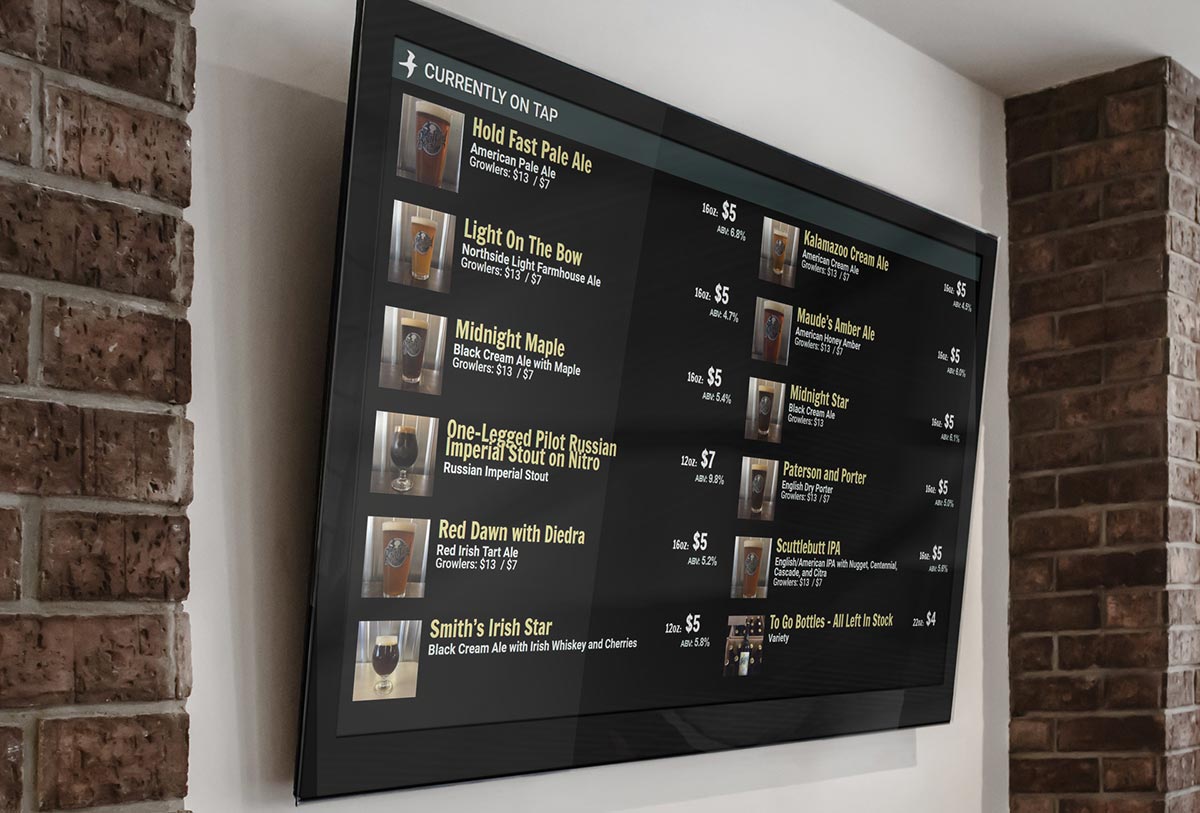 From the Web Site to the Tap Room

This simple and very effective strategy was to repurpose the beer data already stored in the web site database and create a “Beer on Tap” menu display. We just added a field to track the tap status and enabled an API to access the data outside of the web site. We’re using a Wi-Fi connected Raspberry Pi to pull the data and display it on a large flat screen monitor.

The web site was already published when we got our hands on it. It was built with WordPress and had a custom post type for storing the data elements specific to each beer. We added a taxonomy to handle the tap status. There is a simple link where the beers are listed in the site administration area. This AJAX-powered button allows the “On Tap” / “Tap It” status to be toggled on and off. Once the button is pressed, the beer is added or removed from the display within 15 seconds. This beer on tap menu display is always in sync with the web site homepage where they also display the beers on tap. 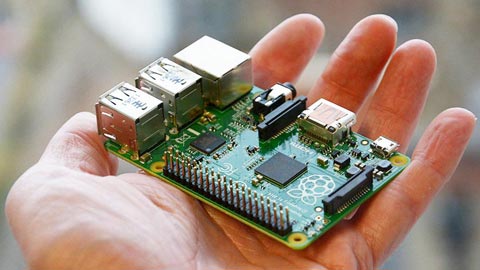 The display is a full size TV monitor that is driven by a $35 Raspberry Pi with a Wi-Fi adapter and HDMI display port. We programmed the Raspberry Pi to load the Google Chromium web browser and automatically load the unique URL that displays the on tap menu. It connects to the Wi-Fi in the taproom to pull the data from the Internet. Within 30 seconds the display is active. While the display is on, it continually pings the server every 15 seconds to see if there are any changes on the web site. If the tap status is toggled for any beer, the display swaps out the information.

There is a JavaScript library on board that detects when the device is disconnected from Wi-Fi. When that occurs, we display a tiny red indicator in the bottom right corner of the display. This rarely triggers, but can come in handy. An example is when the taproom Wi-Fi is down, but a beer is tapped using a mobile phone that is connected to a mobile provider for Internet access. The “Beer on Tap” menu display will refresh within 15 seconds of Wi-Fi coming back online.

We’ve added a button on the beer list administration page that will manually reset the menu display. Even though it polls the server for tap status changes and refreshes on its own, pricing changes or other beer attribute updates on the web site might require the “Beer on Tap” menu display to be refreshed. This button will come in handy in those rare occasions.

The display solved a continual problem they were having with pricing. Sometimes when new beers were tapped, the staff didn’t know what price to charge. With the pricing preloaded on the web site, they didn’t have to think about it anymore. Just tap it and check the display.

It turns out the display has become a great educational tool. With the images of the beer on the display, it shows the color of the beer and the glass it is served in. The visual display reduced repetitive questions the bartenders were receiving.

We now have an exciting way to present our up to the minute beer menu. With the simple press of a virtual button our beers change on the tap room’s menu board and on the website’s tap list. By visiting the the BBC Website, you can instantly find out which beers are on tap at the brewery. The menu board in the tap room provides the ABV, style, serving size, price and a photo of what your beer will look like. 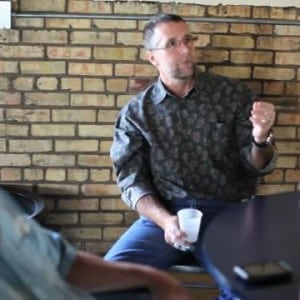 Co-Founder, Boatyard Brewing Company
APIRaspberry PiWordPress
Are You Ready to Start Your Project?
We love working with enthusiastic clients who are as passionate about their businesses as we are about strategy, design, and development. If that sounds like you, we should talk.
Tell Us About Your Project
x
Top